This date has been canceled by GM_Ganta on Apr 8th 2022, 10:57 pm for the following reason: Not enough people signed on on the non-archer side. Few GM hosted PvP events in the future..

Archers and PvP, name a more iconic duo. This PvP event will put archer's dominance to the test, as they will be pitted up against every other class at the same time. On April 9th at 7:30pm, archers will group up and be thrown into an arena filled with every other class to either further demonstrate their excessive dominance in PvP, or be humiliated by the collective power of the other classes. Up to 20 archers may enter the pvp arena, and up to 10 of each other class may enter. Must be lvl 100+ to sign up (you can enter day of event if under lvl 100 and there are open spots). Event will be canceled if fewer than 5 archers sign up and 20 people total sign up.

To enter, comment your character name and class below. First come first serve. You do not have to sign up to enter, but it will guarantee you a spot if the spots for your class fill up. You must show up 5 minutes before the event start time, 7:25pm, to enter to give me time to prepare all the participants.

All archers that participate will be given a green/pink spa bucket (30 day, can be worn mix mode) they must wear to help distinguish them during the event.

You must show up at 7:25pm to be checked in and prepared for the event.

Any mp potion is ok.

No running into safe zone after event starts

No use of transformation potions

The event will also be streamed live on my youtube channel 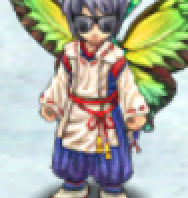 Prizes will be given out to all members of the winning team. The winning team is determined by who still has at least 1 member left on the field.

The closing date for this event has passed.

Sign up now to PLAY!
This site uses cookies. By continuing to browse this site, you are agreeing to our use of cookies. More Details Close